The Facts About Fat 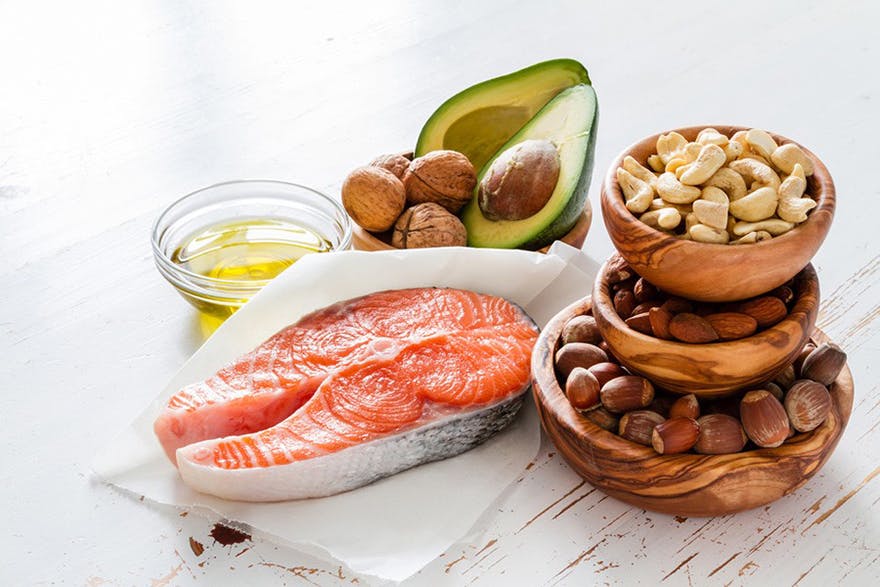 Many people finger dietary fat as the culprit for clogged arteries that cause heart attack and stroke. While the amount and type of fat you eat influences your health, all fats are not created equal. Certain kinds of fat in food actually support your heart, as well as the rest of your body. Find the right balance of heart-healthy fat in your eating plan.

There’s no reason to slash fat in the name of heart health. Consuming too much bad fat may put you at risk for heart disease, but following a very low fat eating plan could, too. Here are some reasons why you need fat.

Dietary Fat: The Good, the Bad, and the Ugly

In matters of the heart, some fats are better than others. Food contains a mixture of good and bad fat, but one type always prevails and tends to be associated with that food.

Experts suggest that most of your fat should come from mono- and polyunsaturated fats – the unsaturated fats - because eating them as part of a balanced diet helps to improve blood cholesterol levels, reduce inflammation in blood vessels that could lead to heart disease, and keeps your heart beating normally. Canola oil, olives and olive oil, safflower seed and flaxseed oils, avocados, peanut butter, almonds, pistachios, cashews, and seeds are among the foods that supply unsaturated fats.

Your body makes all the saturated fat it needs, so you don’t need any from foods, such as cheese, lard, butter, bacon, full-fat dairy, and fatty meats. There’s no need to completely avoid saturated fat for heart health, but try to limit it to 7% to 10% or less of total calories – a maximum of 22 grams a day on a 2,000-calorie eating plan.

You may have heard recent reports that heart disease and stroke risk is not related to saturated fat intake, but health experts have not yet reached a general agreement on the issue. Here’s what we do know: Eating more than the recommended amount of saturated fat may result in higher total and LDL cholesterol in your blood, which could result in clogged arteries that block the flow of blood to your heart and your brain.

You can live without trans fat. In fact, your heart will thank you for avoiding them.

Studies suggest increased trans fat intake is linked to a greater chance for cardiovascular disease, including heart disease. According to the Harvard School of Public Health, trans fats are worse for cholesterol levels than saturated fats because they raise bad LDL cholesterol and lower good HDL cholesterol. Trans fat also cause inflammation, an overactive immune system response that may be to blame in part for heart disease and stroke. Even low levels of dietary trans fat can have harmful health effects.

The American Heart Association recommends limiting trans fat intake to less than 1% of total calories, which is about 2 grams or less on a 2,000-calorie diet. Avoiding trans fat will be a lot easier if the Food and Drug Administration’s proposed ban on artificial trans fat in the food supply becomes a reality. Under the proposed regulation, partially hydrogenated oils, a type of trans fat, could no longer be added to foods.

You know which types of fat are good for you, but how much can you have?

Suggested fat intake is based on calorie needs. For example, the American Heart Association recommends an eating plan with 25% to 35% of calories coming from total fat, which amounts to 56 to 78 grams of total fat daily, or less. That may sound like a lot of fat, especially to people who have become accustomed to the notion that eating fat makes you fat. But total calorie intake is what matters most for weight control. Eating excess calories from any source, including protein and carbohydrate, may add unwanted pounds.

Knowing your total, saturated and trans fat limits is helpful for reading food labels, but trying to remember all those numbers may be too much to think about. No worries.