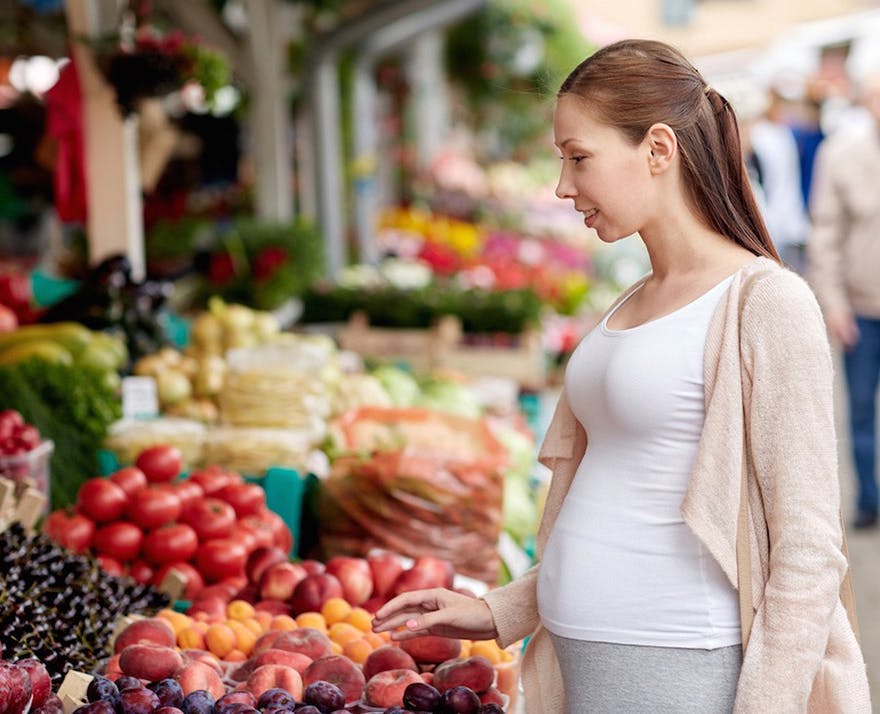 You want what's best for your baby. That's why you add sliced fruit to your fortified breakfast cereal, top your salads with chickpeas and snack on almonds. But do you know what foods to avoid during pregnancy?

Start with the basics in pregnancy nutrition. Understanding what foods to avoid during pregnancy can help you make the healthiest choices for you and your baby.

Seafood can be a great source of protein, and the omega-3 fatty acids in many fish can promote your baby's brain and eye development. However, some fish and shellfish contain potentially dangerous levels of mercury. Too much mercury could harm your baby's developing nervous system.

The bigger and older the fish, the more mercury it's likely to contain. The Food and Drug Administration (FDA) and the Environmental Protection Agency (EPA) encourage pregnant women to avoid:

So what's safe? Some types of seafood contain little mercury. The 2010 Dietary Guidelines for Americans recommend 8 to 12 ounces — two average meals — of seafood a week for pregnant women. Consider:

However, limit albacore tuna and tuna steak to no more than 6 ounces (170 grams) a week. Also, be aware that while canned light tuna on average appears safe, some testing has shown that mercury levels can vary from can to can.

In addition, keep in mind that not all researchers agree with these limits, citing a study that noted no negative effects for women who ate more seafood than the FDA-approved guidelines.

To avoid harmful bacteria or viruses in seafood:

During pregnancy, you're at increased risk of bacterial food poisoning. Your reaction might be more severe than if you weren't pregnant. Rarely, food poisoning affects the baby, too.

Many low-fat dairy products — such as skim milk, mozzarella cheese and cottage cheese — can be a healthy part of your diet. Anything containing unpasteurized milk, however, is a no-no. These products could lead to foodborne illness. Avoid soft cheeses, such as Brie, feta and blue cheese, unless they are clearly labeled as being pasteurized or made with pasteurized milk. Also, avoid drinking unpasteurized juice.

To eliminate any harmful bacteria, thoroughly wash all raw fruits and vegetables. Avoid raw sprouts of any kind — including alfalfa, clover, radish and mung bean — which also might contain disease-causing bacteria. Be sure to cook sprouts thoroughly.

Caffeine can cross the placenta and affect your baby's heart rate. While further research is needed, some studies suggest that drinking too much caffeine during pregnancy might be associated with an increased risk of miscarriage.

There's little data on the effects of specific herbs on developing babies. As a result, avoid drinking herbal tea unless your health care provider says it's OK — even the types of herbal tea marketed specifically to pregnant women.

One drink isn't likely to hurt your baby, but no level of alcohol has been proved safe during pregnancy. The safest bet is to avoid alcohol entirely.

Consider the risks. Mothers who drink alcohol have a higher risk of miscarriage and stillbirth. Too much alcohol during pregnancy can result in fetal alcohol syndrome, which can cause facial deformities, heart defects and mental retardation. Even moderate drinking can impact your baby's brain development.

If you're concerned about alcohol you drank before you knew you were pregnant or you think you need help to stop drinking, consult your health care provider.