Omega-3 in fish: How eating fish helps your heart 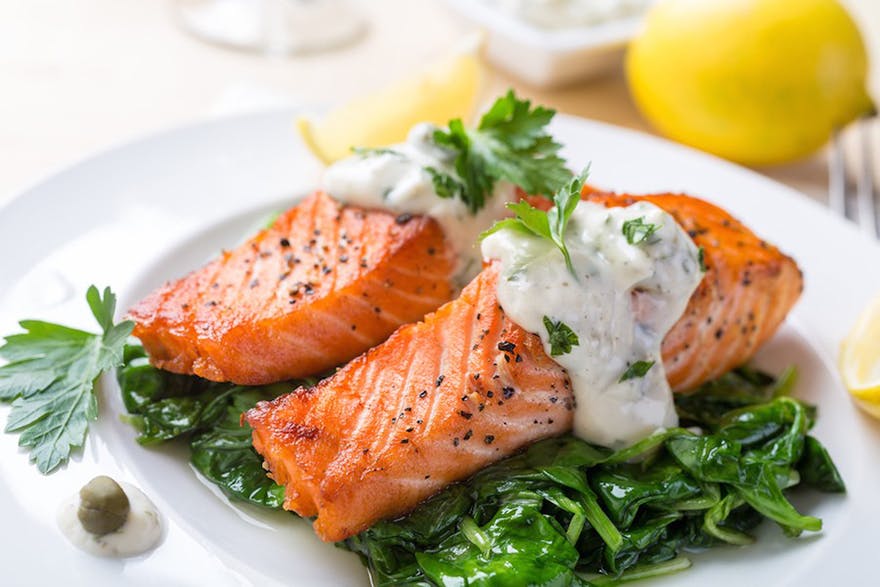 If you're worried about heart disease, eating one to two servings of fish a week could reduce your risk of dying of a heart attack.

Some people are concerned that mercury or other contaminants in fish may outweigh its heart-healthy benefits. However, when it comes to a healthier heart, the benefits of eating fish usually outweigh the possible risks of exposure to contaminants. Find out how to balance these concerns with adding a healthy amount of fish to your diet.

What are omega-3 fatty acids, and why are they good for your heart?

Does it matter what kind of fish you eat?

Are there any kinds of fish you should avoid?

Some fish, such as tilapia and catfish, don't appear to be as heart healthy because they contain higher levels of unhealthy fatty acids. Keep in mind that any fish can be unhealthy depending on how it's prepared. For example, broiling or baking fish is a healthier option than is deep-frying.

Some researchers are concerned about eating fish produced on farms as opposed to wild-caught fish. Researchers think antibiotics, pesticides and other chemicals used in raising farmed fish may cause harmful effects to people who eat the fish.

How much fish should you eat?

For adults, at least two servings of omega-3-rich fish a week are recommended. A serving size is 3.5 ounces (99 grams), or about the size of a deck of cards. Women who are pregnant or plan to become pregnant and young children should limit the amount of fish they eat because they're most susceptible to the potential effects of toxins in fish.