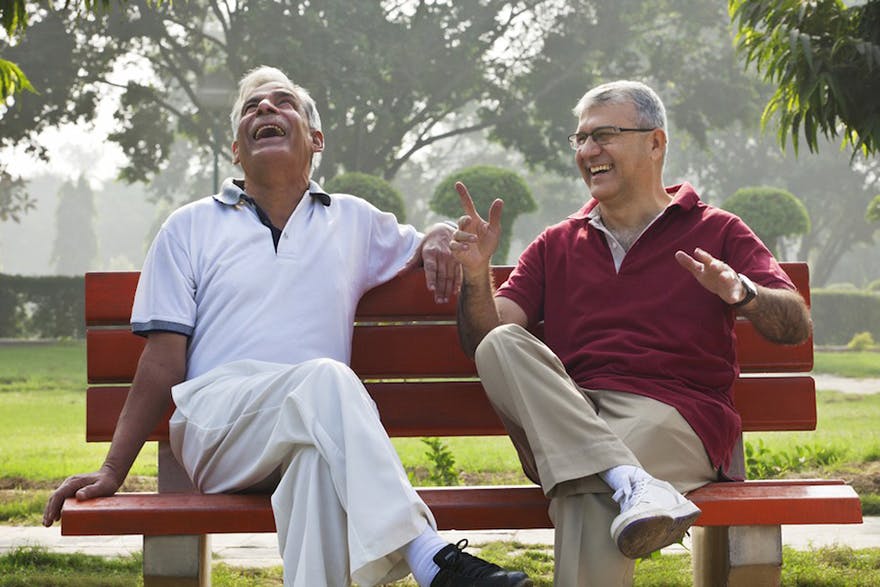 You may have celebrated your 50th birthday, but you haven’t slowed down one bit, and you’d like to keep it that way. Now’s the time to maximize nutrition so that you get the nutrients you need to play golf, work in the garden, and take long walks on beach. Here are the top five nutrients for men over 50, and how to include them every day.

Vitamin B12: Vitamin B12 is necessary to help harness energy from the protein and fat in food, and to make red blood cells that carry oxygen to cells and working muscles. The suggested intake for vitamin B12 doesn’t change after age 50, but age alters the way your body processes it. Naturally-occurring vitamin B12 requires adequate stomach acid for absorption, but stomach acid production declines with age, putting many older adults at risk for vitamin B12 deficiency, which can lead to nerve damage that could slow you down. After age 50, you should get most of your vitamin B12 from dietary supplements and fortified foods, which both use a synthetic form of the vitamin that doesn’t require stomach acid for absorption.

Calcium: When you think of calcium, osteoporosis, a condition that makes bones more fracture-prone may come to mind. And when you think of osteoporosis, you may think of it as a woman’s disease. That’s not entirely true. While women rapidly lose bone mass in their 50’s, by 65 or 70, men and women are losing bone mass at the same rate, and the absorption of calcium, decreases in both sexes. To prevent being sidelined by a broken bone, include the suggested 1,000 milligrams of calcium daily, about the amount found in three servings of dairy foods. If you don’t consume adequate amounts of calcium-rich foods, consider taking a supplement to meet the suggested daily intake.

Vitamin D: Vitamin D assists the body’s absorption of calcium and oversees calcium’s movement into, and out of, your bones. The body can make vitamin D, when skin is exposed to strong summer sunlight. However, many people avoid the sun because of concerns about skin cancer and premature wrinkling of the skin. In addition, the older you get, the less efficient skin becomes in helping to produce vitamin D. You need 600 International Units of vitamin D daily, the equivalent of six, eight-ounce glasses of fortified milk. Other foods with vitamin D include salmon, tuna, and fortified eggs. Many people don’t get enough vitamin D from food and rely on dietary supplements to make up for the remainder.

Vitamin B6. Your body needs vitamin B6 to keep going. It helps to keep your heart in working order, and it helps facilitate the release of glucose – fuel for your cells – from the liver and muscles, so that you can stay active. Vitamin B6 needs increase slightly after age 50. Salmon is rich in vitamin B6, and other sources of vitamin B6 include fortified breakfast cereal, potatoes, bananas, and pork.

Fiber: Fiber does more than keep your digestive system running smoothly so that you feel your best. According to the 2010 Dietary Guidelines for Americans (DGA), the fiber that occurs naturally in foods may help reduce the risk of cardiovascular disease, obesity, and type 2 diabetes. Fiber also provides feelings of fullness, which may help with weight control. Men over 50 should aim for 30 grams of dietary fiber every day. To meet the suggested fiber intake, include at least five servings of fruits and vegetables and at least three servings of whole grains in your eating plan. Foods that are naturally rich in fiber also supply many other nutrients, including carbohydrate for energy, vitamins, minerals, and phytonutrients, protective plant compounds.